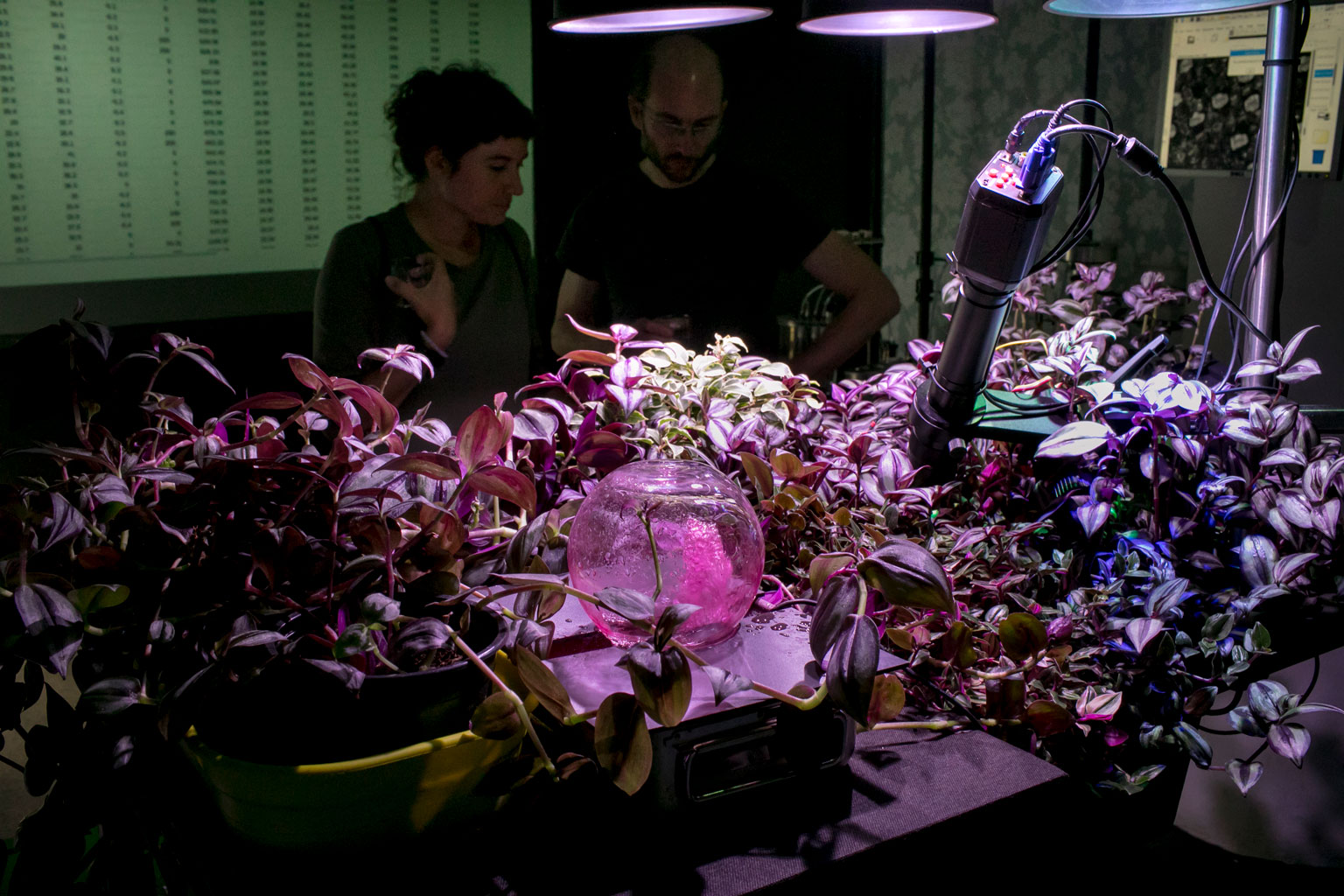 Work Without Humans is the title of an pop-up event that took place in the framework of the Earth Without Humans* symposium at Kersnikova Institute. This was the third iteration of the festival dedicated to thematizing the influence of advanced technologies on our planet and on cosmic bodies in near space (the first two festivals were dedicated to astrobiology and terraforming on other celestial bodies).

The “Work Without Humans” echoed the exhibitions, workshops and lectures of artists and scientists, discussing the emergence of Artificial Intelligence in order to achieve the singularity between living systems and machines – Artificial Life. Having in focus the aim of the MAST project, the programme opened possible interpretations between those creative practices that machines can take over, and those which may forever stay in the domain of humans. It was also intended that the students get first person insight into possible solutions of artistic projects / iterations that breached the purely artistic framework and entered in the realm of the real sector (examples of STARTS project by Slovenian artists).

Students were intended to better understand the thinking and practices of artists who are engaged in research and development labs in two high tech companies. In addition, participants should get an insight into the state of the art of applied science and the trends of development that can be envisioned in connection to the global and European strategies deployed by policymakers and their institutes for assessing the challenges of the future. The later shed the veil of the near future ideological actions and enable innovators who are involved in Designing Innovations to arrive at informed decisions. The discussion was structured so that it would  evolve around a concept called “solution lab” and is aiming to draw the disposition of required skills that one should have to become Innovation Catalyst – a future career profile that will play a significant role within the “solution labs” of the novel KONS Platform.

An insight lecture into the methodology of Art Thinking as opposed to Design Thinking, was prepared by Jurij Krpan, to better understand the innovation assets that can be created through them.

*The Earth Without Humans 2019 Symposium addressed The European ARTificial Inteligence Lab project funded by Creative Europe funding scheme. Kersnikova contribution to the project is an attempt to address the Ai as a tool to interface life and living organisms. Artificial Life is thus the focus of the exhibitions and a symposium theme. As in previous emanations of the Earth without Humans festival where astrobiology was the main theme through which we were trying to understand the value of life and living in the space explorations, but still had in mind undisputable superiority of life on Earth, this year emphasis on Artificial Intelligence is aiming to draw attention on cohabitation with smart machines that can interpelate living beings into artificial life forms. Having in mind that nature can be altered only naturally, the co-evolved forms of artificial life hybrids will possibly unveil us insights into nature potentials that were unconceivable for us humans by now.