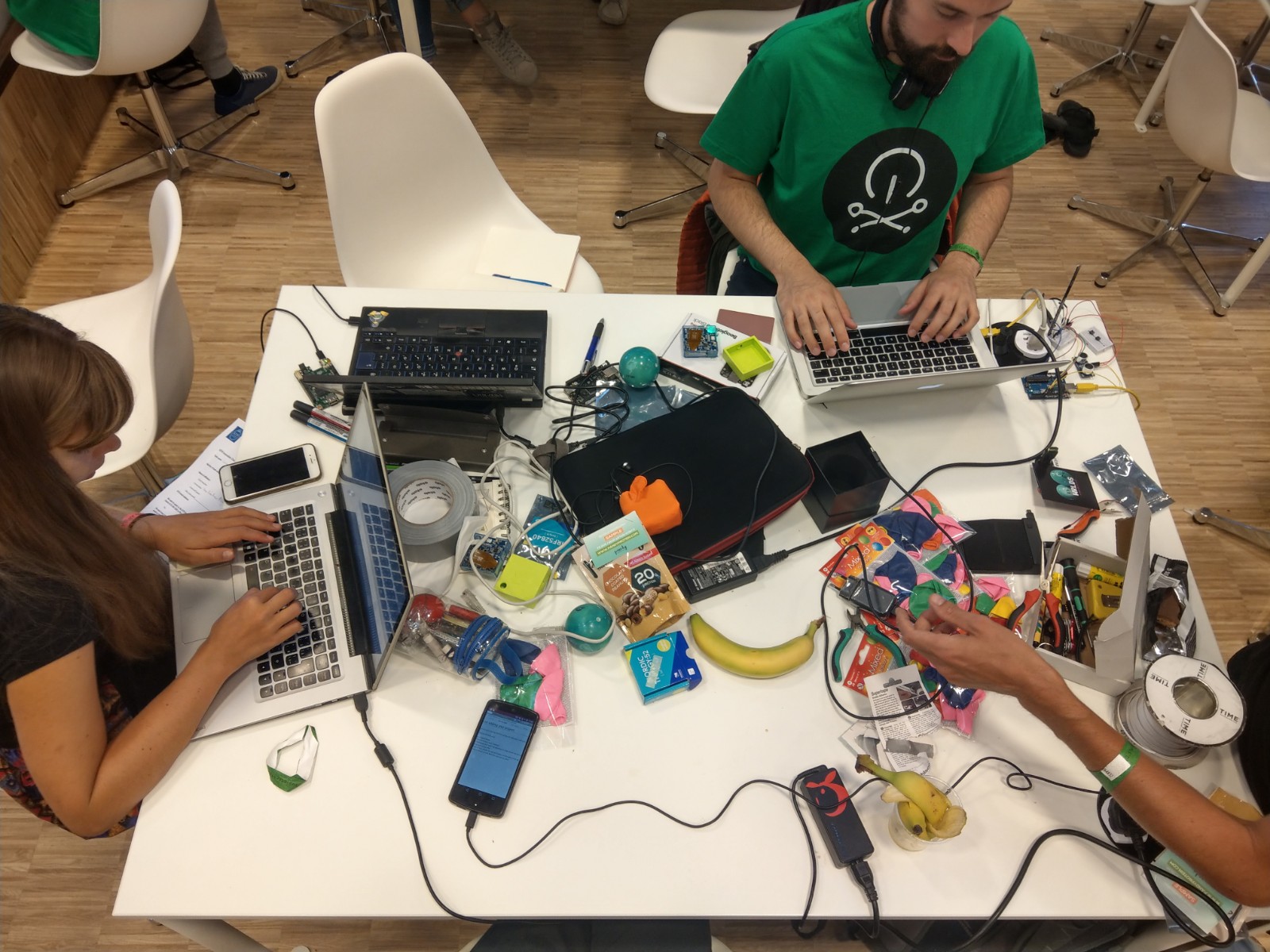 Within this joint activity of the MTF hack camp, several Art-Sci-tech methodologies have been discussed and tested, such that shall further inform the development of the MAST module, and the collaborations within the network. MAST as such has been highlighted within the rich and manifold, highly international and interdisciplinary MTF community, and several further alliances were forged.

“Project Icarus” was selected by the jury to be the category winner in the Udoo Challenge (primary). Thus, the challenge-based approach and the non-hirarchical but strongly streamlined hackathon setting and methodology are (now even more likely to be) suggested to become key elements of the MAST curriculum. 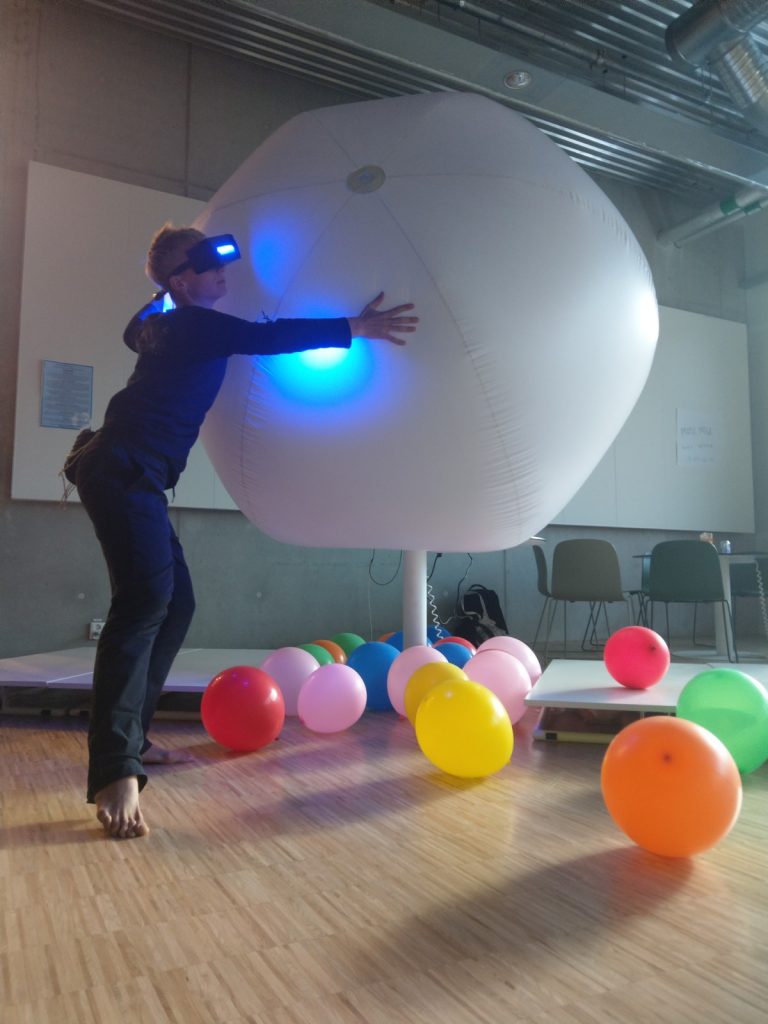 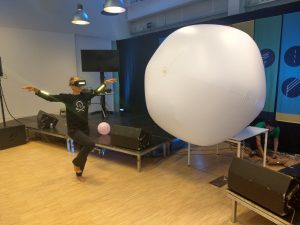 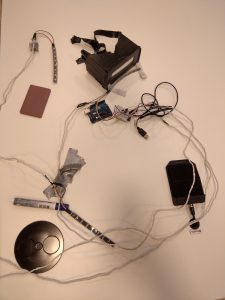 As a novice, or even as after practising music for some time, it may be intimidating to create music together with elite musicians, even with good friends, no matter how inclusive and welcoming they are. What if you play the wrong note, can’t keep time, don’t know the tune or if your instrument won’t stay in tune? Some of these things can be helped – play on a keyboard, frets or drums and you’ll almost certainly stay in tune, do live sequencing on a synth or drum machine and you’ll not drift a milli-BPM off beat. Are there other ways? Is there a way of blending both tunings, keys, and rubato where a team composed of a relative newcomer to music and an accomplished musician can create and explore together? In the spirit of inviting disparate teams of creatives, and through the power of technology, your challenge is to build a device that acts as mediator between musicians of differing skill levels, where one party can perhaps guide, but both interact and explore. The winning hack for this challenge was Project Icarus.

Secondary Challenge Addressed: Immersion Challenge ( http://mtfhack.wikidot.com/immersion-challenge )
A key component of the Concordia project is the idea of immersion into the data. By grappling with, and eventually grasping the basic relationships and patterns intuitively, we get a much firmer base for further scientific and artistic exploration, and are able to appreciate the inherent beauty of our subject matter in a deeper way. Perhaps some of the relationships and patterns that we see are going to be eventually ruled out by further exploration as random excitations in the medium, but only by finding even deeper and more fundamental truths. For this challenge, we ask you to create a tool or piece for visceral and deep understanding of science, be it theoretical models or empirical data, sourced from society, nature, their interaction, or the realm of pure ideas.

Concordia Theme Description In celebration of the 400th anniversary of the work of astronomer Johannes Kepler, the Concordia instrument is the first of a new kind of immersive musical instrument, built and played in community, designed to explore and make playable the natural order in the physical universe (the Harmonies of the World). From the smallest subatomic particles to the largest structures in our universe and in every field of physics, harmonic mathematical equations emerge. In no place are harmonic relationships more direct and accessible than in the dynamic movements of our solar system. Like a giant musical instrument, it swirls around us, just waiting to be played. These musical harmonies inspired Kepler’s investigations and his use of music as an investigative tool resulted in the emergence of modern astronomy as we know it. Hackers working with this theme will have access to a variety of scientific datasets to explore through music with the ultimate goal of making scientific and mathematical beauty accessible to scientists and non-scientists through immersive sonification, visualisation, haptic feedback and/or other modes of sensory communication. For more information on Concordia, visit www.concordia.world. ”

Project Conceptual Rationale: Like all systems our own might be an illusion for you between the Sun and the Solar Plexus. Embrace to transform since collisions are inevitable for you. Dear Icarus, fly high, Father is away and Mother is not looking for you. Shuffle planets and moons, but keep them going around for you. Coalitions should be(come) random (again).