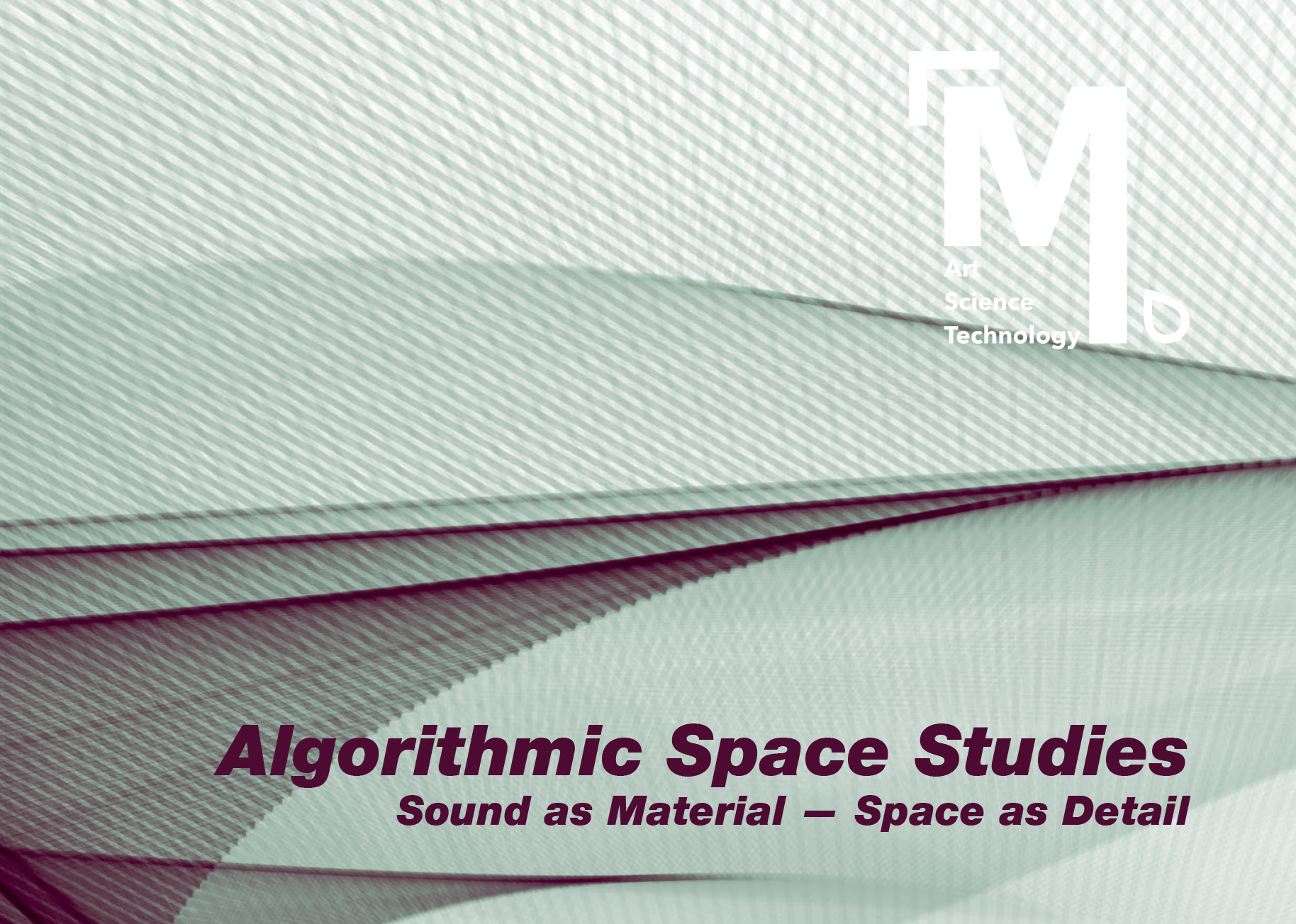 Understanding space is a basic precondition, not just for architecture, but also for our lived environment. According to this perspective, architecture is not just about buildings filling up space, but about the production of space.

The iterative nature of algorithms, their provisions of repetition and the possibility to rerun them, lead to a straight concept of algorithmic space, as the breadth and organisation of all the forms they are able to produce. However, we assume that algorithmic space is not primarily the result of form generation but of an intrinsic speculative movement of the algorithmic and its interaction with humans who write code and experiment with it. Therefore, making visible and audible the exchange processes between humans and machines becomes a means of critically articulating this space. Data and algorithms are not only operating machines, but they increasingly influence our thoughts and actions, and consequently art and science. The departure point for the course Space Material Detail are algorithmic elements, created within the context of the project Algorithms that Matter that provides an open source for inspiration, exploration and manipulation. Some elements of software, sound and graphics can be translated into models to the (physical) three-dimensional space in order to create an installative experience of space(s).

Art cannot directly solve the problems of society, but it can give people some kind of sense for ambivalences and a sense for empathy. These senses are basic preconditions for living in a multicultural and highly diverse society, otherwise prone to controversies. In his new book “buildings and dwellings _ Ethics for the City”, Richard Sennett describes the necessity to combine the built city with the lived city and to deal with it in a way of correlation, that means to develop soft skills and to create lively situations around buildings and cities. Therefore, we have to constantly think of the process of transfer from the living to architecture and vice versa. Plurality, diversity and flexibility are part of the public sphere and influence architectural decisions, as well as decisions in urban planning. Urbanity means diversity. To be conscious about this correlation means to generate spaces for transformation and transfer.

Transfer is communication and also understanding the structure of thing and matters. This workshop aims to understand the transfer of sound generated by algorithmic methods into three-dimensional models of the space we are working with. Space Material Detail will be an experiment to create a spatial structure based in sounds, the transfer of soft elements into physical models which are somehow hard parameters.